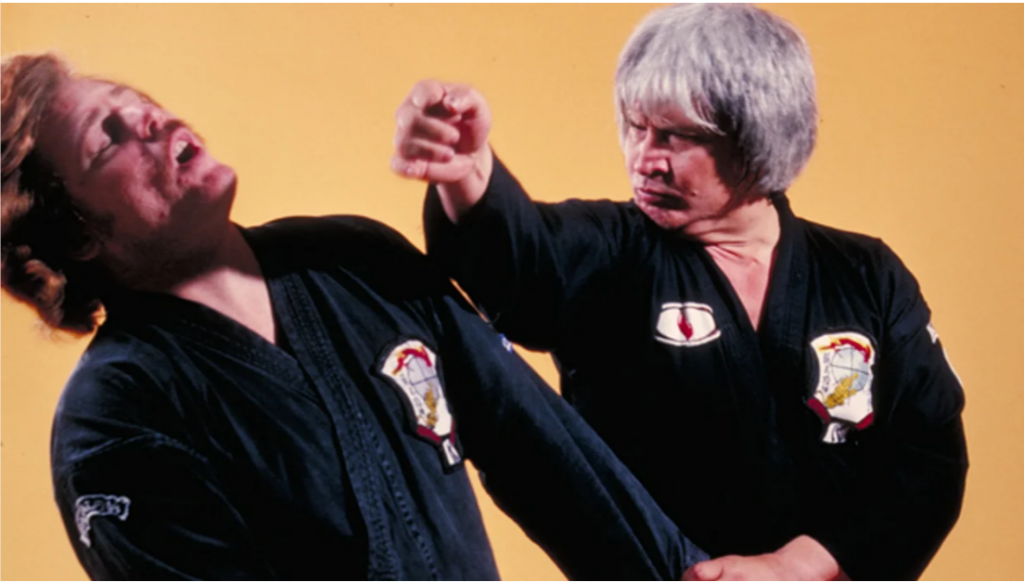 Ed Parker, “Father of American Karate” said you can alter and change the way a technique is executed but one must never break the principles of motion. Principles of motion are comprised of Erect Posture, Balance, Relaxation, Speed, Speed Coupled with Accuracy and Power. Each of these principles is taught at each belt rank. That way the student can work to perfect them all by the time they reach the expert stages of the system.

Below is the list of Ed Parker’s principles of motion and a detailed explanation.

Erect Posture – Having an erect posture while defending oneself is crucial. Erect posture lead to skeletal alignment, better breathing, the ability to survey the surrounding environment, increased power in one’s strikes and physical longevity. The object in winning a fight is for an individual to disrupt the other’s posture. Who ever can accomplish that feat typically has the advantage.

Balance – Attaining balance before, during and after strikes, blocks, locks, holds and punches are highly critical in securing a victory. Balance is achieved by keeping proper weight distribution on both feet, keeping one’s knees bent and using one’s upper body is conjunction with the lower half.

Relaxation – Relaxation is very important in increasing physical and mental speed. The tendency / natural reaction in a physical confrontation is to “tense up”. This is due to the adrenaline and excitement. The goal is to maintain proper breathing and only tense up at the moment of contact with a strike. Experience is the best teacher into relaxing when fighting. The more one trains, the better one will be.

Speed Coupled with Accuracy – To strike an opponent in general is only half the battle. Striking an opponent in the desired targets is the ultimate goal. In Ed Parker’s Kenpo, we strike mostly on vital areas that cause as much pain as possible to the assailant. Striking a strong point on an assailant’s anatomy is not the most effective way of surviving on the street and getting away safely

Power – Power is derived from many body movements and actions timed together at the point of contact. These include: Settling in to a strong base, utilizing backup mass, proper breathing and use of the kiai, utilizing torque and relaxation to the point of contact are only some of the ways in increasing power.